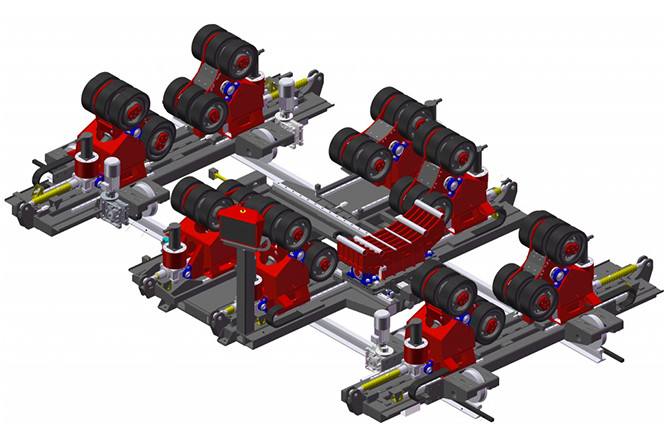 This is a special solution which is provided only as custom made. Due to the complexity of the whole system and its parts very thorough consultation of requirements is always necessary. The final technical solution and possible feasibility of the project is provided as special project solution and always exactly based to the parameters of the required products, specific applications or the customer production program.

√  High incresement of productivity caused by elimination of delay time spent by manipulation and also incresement of welding quality because of precisely assembled parts.

√  Possibility of welding inner and outer welds directly after the process of tacking without needs to manipulate with the tank, root is protected by fluxing pad.

√  Sequential system of assembling and movement of the tank along the rails on the third part does not require to use the crane.

√   Sophisticated system of sequential production of FIFO philosophy combined with fully manual controlling can cover all of the needs.

There are no products that customers also bought with this product. Be the first!